Julie Marson MP in The Hertford and Ware Flyer: July 2022 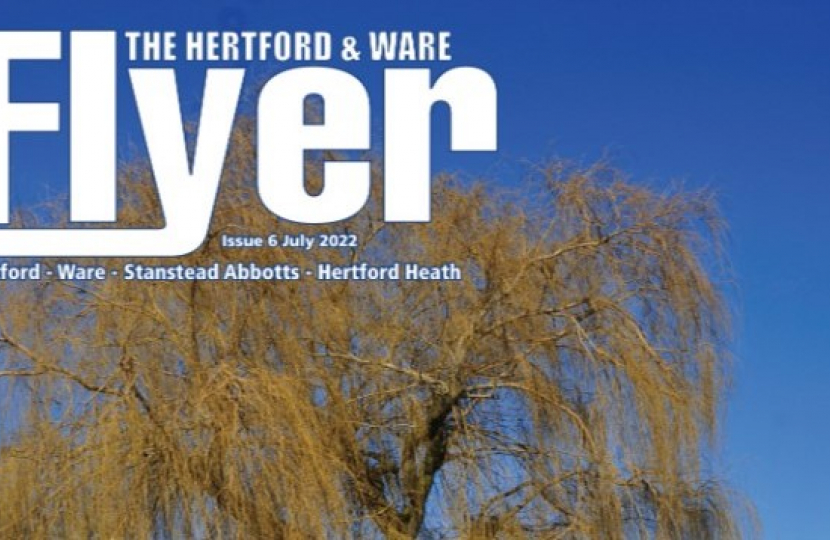 I know that many people are still on a high from the Platinum Jubilee celebrations earlier this month.

Hertford and Ware really pulled off some wonderful events and I was able to visit a few in the constituency myself over the weekend, including an informal visit to Hertford Bowls Club.

I was particularly thrilled to get out and see the bunting that I asked children to make up to mark Her Majesty’s 70 years as our monarch.

60 children from Hollybush Primary School in Hertford made bunting that was put up at Hertford Castle. Another 448 children from six schools in Ware saw their bunting on display at the Priory gates.

Thank you to all the children who made them. They looked absolutely wonderful and they should be very proud of their achievements.

In Westminster, it has been the usual packed schedule of work representing Hertford and Stortford. I have been busy speaking and questioning on important topics connected with promoting economic growth and energy security.

I questioned the Chancellor on the Energy Profits Levy at the Treasury Select Committee and made the point that we must tax profits fairly in order to continue to support the investment in energy security, the economy and jobs that communities like ours need.

I also pressed the Government on what steps it is taking post-Brexit to drop unnecessary regulations for our local businesses. I would very much like to see a review of data laws, alcohol duty and imperial markings to fire up growth. The pandemic has rightly been the focus of the Government but now is the time to move on. The Brexit Freedoms Bill is a good response.

I called on the Government to introduce Jess’s Law. It simply asks that after the third contact with a GP surgery about a condition or symptom, the case should be elevated for review.

Jess’s parents Simon and Andrea Brady were in Westminster Hall to watch. They bravely campaign for Jess’s Law so no other family should go through the tragedy that befell them.

A national train strike is due to take place on 21st, 23th and 25th of June. Sadly, Greater Anglia services will be affected.

I hope an agreement can be reached between Network Rail, the train operators and the RMT union to avoid it but, if not, I do question how this will help the country as we try to get back to normal and avoid a recession.

Nothing either the train operators or Network Rail want to do that the unions are unhappy about will affect safety and the whole network needs modernisation. I believe the union is standing in the way of this.

Passenger numbers are already down on pre-pandemic levels. A strike will drive more away. It really doesn’t make any sense.

The summer recess is fast approaching and we have a contest taking place over the coming weeks to choose a new leader of the Conservative Party and Prime Minister.