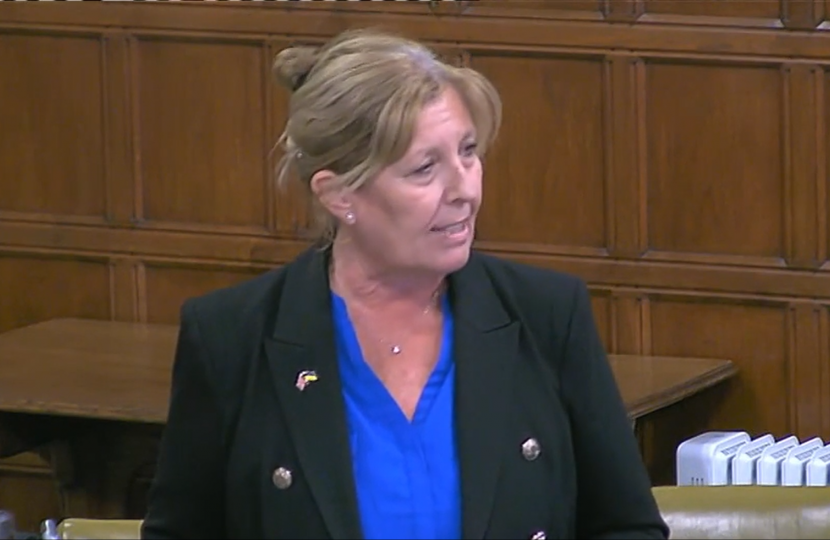 Hertford and Stortford MP Julie Marson has called on the Government to implement Jess’s Law to help young adults with cancer receive an early diagnosis after she held a parliamentary debate on the issue.

Mrs Marson said the law - named after Jess Brady from Hertfordshire who sadly died of the disease in her 20s – would save lives.

The law asks that after the third contact with a GP surgery about a condition or symptom, the case should be elevated for review.

Jess’s parents Simon and Andrea Brady were in Westminster Hall for yesterday’s debate.

In her speech, Mrs Marson said: “I wish I was not here raising the issue of cancer in young adults.

“It is an issue that is horrible to confront and contemplate, but what I feel is nothing compared with what Simon and Andrea Brady feel. Every day they have to confront the reality of what happened to their daughter Jessica, who tragically passed away on 20 December 2020, aged just 27.

“I pay tribute to Simon and Andrea. They are utterly determined in the face of their terrible loss to effect change in Jess’s name.

“We are clear that this should not be a tokenistic exercise, such as a simple, inconclusive blood test with the patient given an all-clear. The investigations need to be thorough and conclusive to make a real difference and to save lives.”

The MP said that despite Jess feeling unwell and losing weight and vomiting in mid-2020 she was not seen by a GP even though she had more than 20 contacts with her surgery. None of the four GPs who provided her with a consultation - 17 of which were conducted remotely - took her symptoms seriously. They said she was suffering from long Covid.

“Jess discovered that she had stage 4 adenocarcinoma with an unknown primary. It had spread throughout her body to her spine, liver, stomach, lungs and lymph nodes. Jess was a talented satellite engineer for Airbus. She had so much potential and so much life to live,” she told MPs.

“Devastatingly, had someone taken the initiative to closely review Jess’s case and examine the evidence, cancer screening would have been an obvious requirement.

"Jess’s age was a key issue. Many people, including GPs, do not expect to see a young adult with cancer, and that affects their diagnostic processes and judgment.”

Mrs Marson told MPs that Cancer charity CLIC Sargent found that around half of young people visited their GP at least three times before their cancer was diagnosed.

She added: “On the day of her funeral, a satellite that she helped to design was launched into space from Cape Canaveral. It was inscribed with the words, “Thank you, Jess!”

“In honour of Jessica Brady, let us implement Jess’s law, so that other young adults who face the trauma of cancer in future can also say, “Thank you, Jess.”

In reply, Health Minister Maria Caulfield offered her apologies and condolences to Mr and Mrs Brady.

“If we can prevent a similar tragedy from happening to another family, we must do absolutely everything we can to make sure we do,” she said.

She explained that Jess’s age was a factor in missing her cancer because relatively few get the disease at such a young age.

“Despite that, it is very clear from Jess’s case that there were many opportunities where further investigation could have revealed what was going on. She should not have had to go back so many times with the same symptoms without being investigated further.

“That is precisely why the Government has put a lot of funding - £2.3 billion - into the roll-out of community diagnostic centres so that patients with non-specific symptoms that GPs cannot get to the bottom of can be referred straightaway.

“We have now set a target that, by 2028, 75% of all cancers should be diagnosed at stages 1 or 2. Doing that means diagnosing people as early as possible.”

She explained that the Secretary of State is currently formulating the 10-year cancer strategy.

“I can reassure my honourable friend for Hertford and Stortford that the strategy will contain a section on children and young people.”

A petition in Jess’s name has now gathered 240,000 signatures and was delivered by Mrs Marson and fellow MP Sir Oliver Heald to Downing Street.