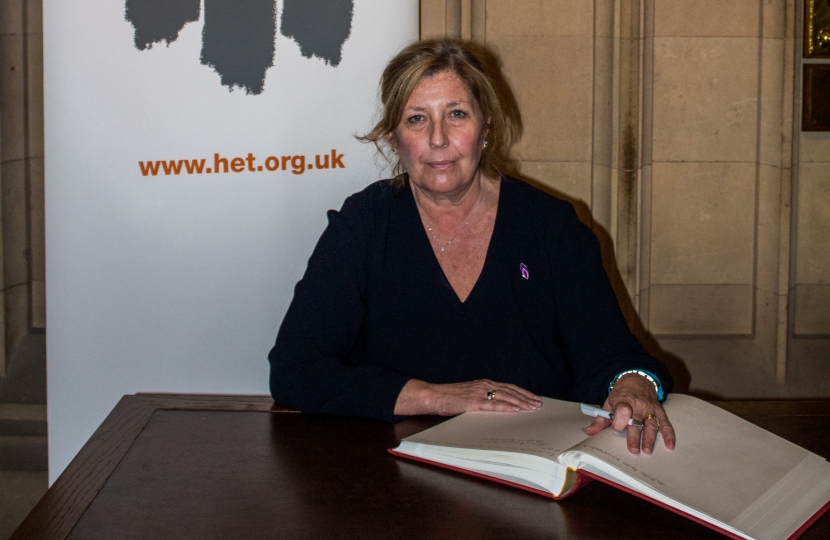 Hertford and Stortford MP Julie Marson has signed a commitment to Holocaust Memorial Day that honours those who were murdered by the Nazis in World War Two.

Mrs Marson put her name to the Holocaust Educational Trust’s Book of Commitment in Westminster this week. In doing so she also paid tribute to the extraordinary survivors who work tirelessly to educate young people today.

This year it is 77 years since the liberation of the concentration camps of Europe as Nazi Germany was defeated in 1945.

Today (Thursday) is the anniversary of the liberation of Auschwitz-Birkenau and people across the globe will remember the estimated six million Jews and millions more Romany and other minorities who were systematically slaughtered by Adolf Hitler's regime.

“It was really important for me to sign this book to show my commitment and to honour those survivors who often travel the globe to tell their story to generations who thankfully have no experience of the horrors they faced,” said Mrs Marson.

“Those who bear witness to this unimaginable suffering are now sadly leaving us and so it is vital their stories are recorded and used to educate.

“We live in an uncertain world too and commemorating this inhumanity does much to raise awareness of a fundamental truth: that knowing about what has happened in the past can allow us all to avoid it happening in the future.”