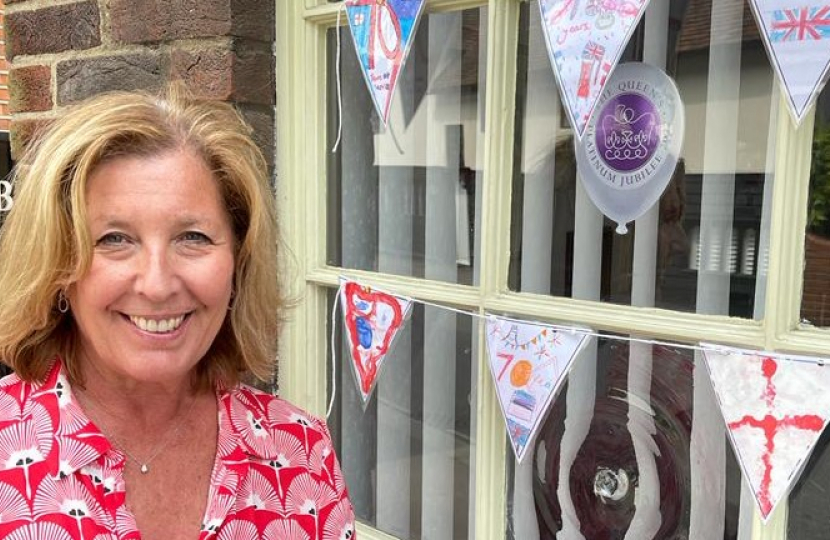 MP Julie Marson has thanked everyone who organised Platinum Jubilee events in Hertford and Stortford after she attended several over the weekend.

Mrs Marson was also able to visit four towns in the constituency to see bunting that she had asked local school children to make.

She wrote to every primary school to encourage their pupils to draw on a tammy something with a royal theme and send them into her office.

The children did themselves proud and more than 1200 tammies were strung together to make the bunting. 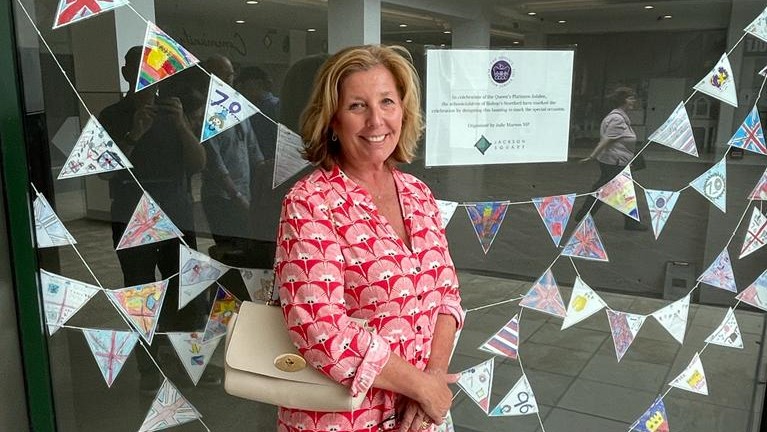 In Sawbridgeworth and Bishop’s Stortford, the bunting was displayed in shop windows. In Hertford, they went up at the Castle and in Ware, they were put up on the Priory gates.

In addition, Mrs Marson also dropped into Hertford Bowls Club and attended the Hertfordshire Festival of Music at All Saints Church in Hertford. 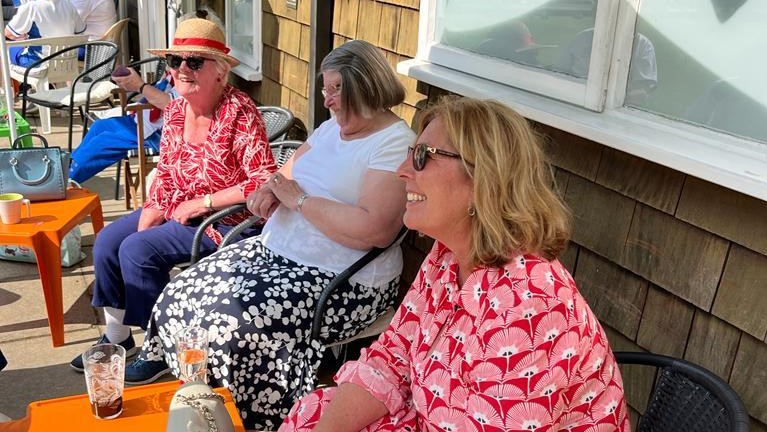 In London, she was invited to Trooping The Colour.

“I know that events across Hertford and Stortford went really well and I would like to thank everyone who organised them and made them such a great success,” said Mrs Marson.

“The ones I managed to get to were great fun and fitting tribute to our Queen’s 70 years on the throne. I was also delighted to see all the bunting schoolchildren made across our towns. I hope they are very proud of their contribution to the celebrations.

“Hertford and Stortford did a wonderful job of celebrating Her Majesty's remarkable achievement.”