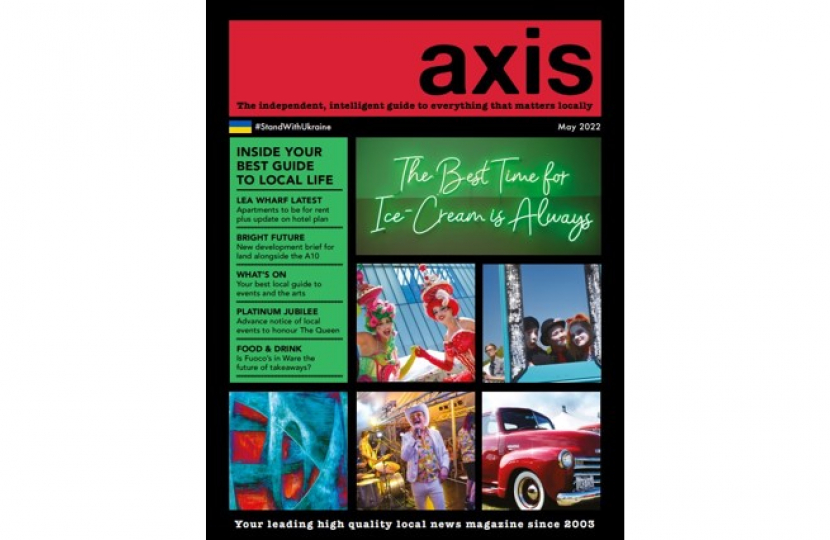 The parliamentary recess has allowed me time to make a series of visits across Hertford and Stortford, have a few days off and travel to Washington DC with fellow MPs.

The visit to the United States was with a cross-party delegation organised by the British American Parliamentary Group.

We were hosted by the British Embassy in Washington and members of Congress with Ukraine the big talking point.

We also met with various US government departments, including the State department, to discuss areas where we have shared interests such as trade, relations with China, the post-pandemic recovery and supply chains.

It was a busy and informative trip.

Then it was back to the constituency for those visits.

I went to St Michael’s Church to see the work to renovate the clock tower. Though restoration of the bells remains ongoing, the clock tower is a wonderful and historic site and will be well worth a visit when the work is complete later this year.

Another highlight was the chance to visit the award-winning Fish Yard, also in Bishop’s Stortford, which recently won the ‘Best Regional Takeaway’ at the British Kebab Awards 2022. I met with the staff and owner Inan to congratulate them on their accolade.

I also made an important visit to the East Herts Black Parents Assembly (EHBPA) where I met with members Abdul Momoh and Nii Thompson, and the Sawbridgeworth Town Clerk, Chris Hunt.

The meeting was a chance for me to introduce myself to EHBPA and help support the group in its work and in growing its network of members across East Herts.

The aim of the assembly is to create positive social space for black and biracial families. The group meets to discuss action on EHBPA priorities that include education, policy, planning and local services.

Chris Hunt and the Sawbridgeworth Town Mayor, councillor Greg Rattey, are also developing a partnership engagement event for the community later this year which will be supported by both myself and EHBPA members. I am looking forward to being involved.

There was more good rail news for local passengers as work to extend platforms at Hertford East and Ware stations started this month.

The project is being undertaken to allow the stations to accommodate Greater Anglia’s new ten-carriage electric commuter trains.

There has been some disruption to services from the stations as a result of the improvements but I think most people will think it is well worth it.

More work is expected to take place this summer and the longer platforms are expected to be ready for use this autumn.

Ukraine continues to dominate the headlines and my team and I are helping those who want to host refugees through the Homes for Ukraine scheme.

The visa application process is improving but there have been delays and I continue to talk to Home Office ministers and to help constituents who are generously giving places for people to flee the fighting.