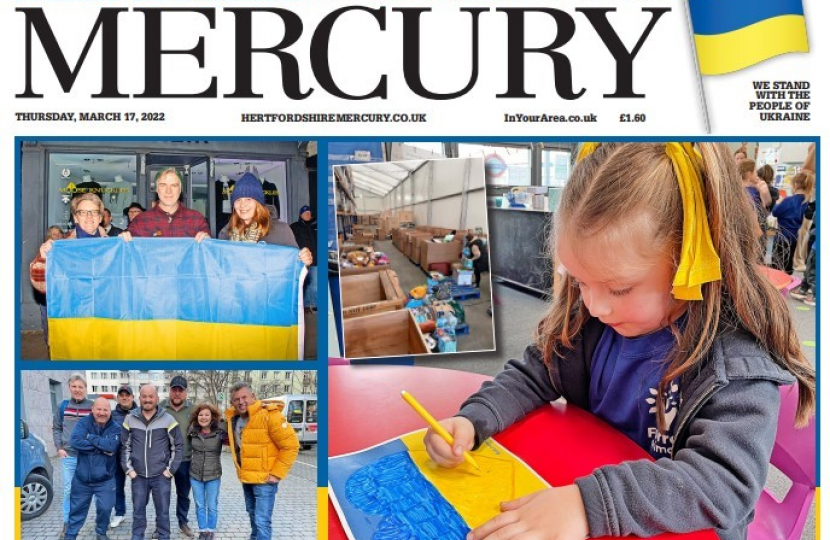 The situation in Ukraine is in everyone’s thoughts as Putin continues his reckless and illegal invasion of this democratic country and friend of the UK.

I have been in touch with local councils to offer full support in our community’s message of unity with the people of Ukraine.

The Ukrainian government would like people to donate money to help the humanitarian effort. There are several ways to donate including the Disasters Emergency Committee fund, which the Government has agreed to match the public’s donations pound-for-pound up to £20m.

You can also give money to any of the many NGOs and charities that are already working on the ground. They have also asked for cash donations rather than goods.

As the humanitarian situation unfolds, the UK Government has indicated it will take in more than 200,000 Ukrainian refugees. The existing scheme allowing close relatives of Ukrainian people already settled in the UK to enter the country has been widened to include adult parents, grandparents, children over 18 and siblings.

In addition, UK firms will also be able to sponsor a Ukrainian entering the country.

Around £220m in emergency and humanitarian aid for Ukraine has also been announced to help on the ground.

On World Book Day and I had the pleasure of going to Avanti Meadows Primary School in Bishop’s Stortford to celebrate and read one of their favourite books to them.

Studies show just 10 minutes of reading a day has the power to transform children’s lives – more so than their family, educational or economic backgrounds.