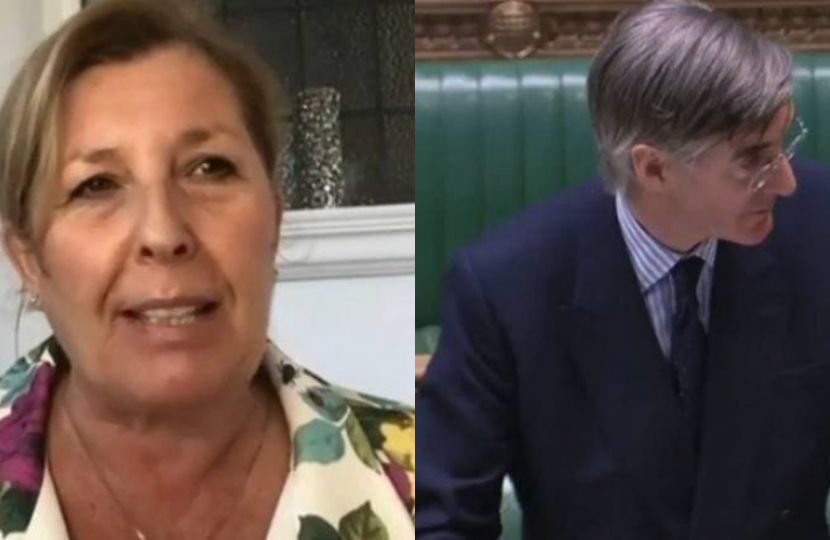 Congestion is seen on the roundabout most days as cars queue to access a site privately owned by McDonald’s and BP, causing hazards for motorists and pedestrians.

After months of facilitating conversations between executives from both McDonald’s and BP, Julie reported to the House of Commons that the two companies had agreed for a scheme to proceed pending a final review.

In her question, Julie asked the Leader of the House of Commons, Jacob Rees-Mogg, to pay tribute to those involved in the campaign and for his encouragement in getting the two companies “to implement the necessary alterations” as soon as possible.

In his response, the Leader of the House took the opportunity to pay tribute to Julie’s work in her constituency, adding that “It is fantastic to see businesses... contributing to their local communities, ensuring smooth and fast journeys for their customers and all the people in Hertfordshire.”

Mr Rees-Mogg also encouraged the companies, stating that it is “in their interest” to solve the problems at the roundabout.

“I was very pleased to have been able to share some good news on the progress at Rush Green. Problems like this have such vexing impacts on the lives of local people in Hertford and, after getting frustrated when driving on the roundabout myself, I knew I wanted to lead to get the issue fixed.

“Getting to this stage was a real team effort. I thanked local councillors and residents in my question but it would be remiss of me not to acknowledge the work that goes on behind the scenes at Herts Highways. They’re the ones who drew up the plans that form the foundation of what McDonald’s and BP are working from.

“I hope to see shovels in the ground soon and will keep up the campaign until work is finished.”

Further meetings between BP and McDonald’s will be held to discuss the agreed plan in further detail. Julie has pledged to continue working with the two companies so that work can begin promptly.

My Views on the Police, Crime, Sentencing and Courts Bill (2021)

These new laws are designed to keep people safe and include many vital measures to protect women from violent criminals.

We are introducing tougher sentences for child murderers, sex offenders, killer drivers and measures that protect the vulnerable.