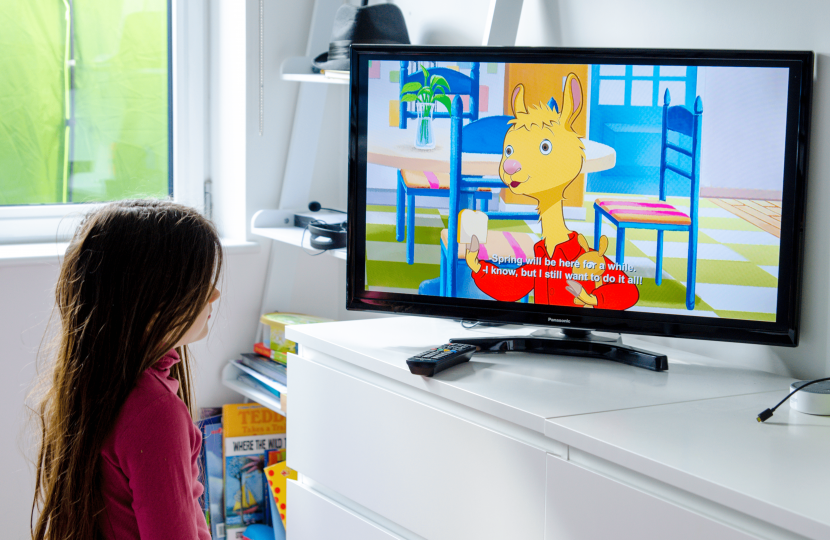 Julie Marson, MP for Hertford and Stortford, has today welcomed the significant amount of national coverage that the Turn on the Subtitles campaign has received.

Many celebrities have thrown their support behind the campaign. Stephen Fry has recorded a video, Sandi Toksvig appeared on the Today programme on Radio 4, and Phillip Schofield sent a video message, all highlighting how watching TV with subtitles on cand double their reading ability.

The campaign was founded by Bishop’s Stortford resident Henry Warren and Oli Barrett. The campaign was brought to Julie’s attention in the Autumn of 2020 and she has since asked an oral question in the House of Commons to the Prime Minister, met with ministers including the Culture Secretary, and has also worked with government departments to spearhead the campaign.

Articles in The Times and The Daily Mail also detail the many celebrities who are supporting the campaign, including Sanjeev Bhaskar, Sir Lenny Henry, Sally Hawkins and Rachel Riley.

“It is really remarkable because… all you have to do is turn on the subtitles on your television and children are reading the equivalent during a year of having read all of the Narnia books and the Lord of the Rings without even realising it's happening.”

Stephen Fry said turning on the subtitles “could change your child’s life forever”.

Commenting on the coverage, Julie said:

“It is so encouraging to see so many well-known faces get involved in the campaign. The potential this campaign has is extraordinary. This will only help to get the word out further, something that I welcome wholeheartedly.

“As residents will be aware, I have been working with Henry and Oli for many months now at Parliament. I have met with ministers and officials from government departments.

“While these discussions are ongoing, I am pleased that multiple broadcasters are launching pilots by having the subtitles on by default on children’s programmes and am confident that this will lead to brighter things.”