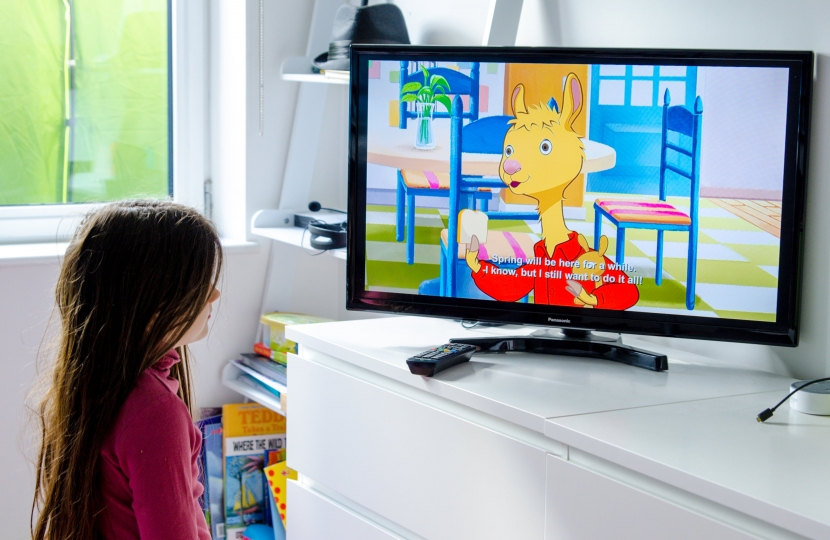 During Prime Minister’s Question Time, Julie Marson, MP for Hertford and Stortford, asked the Prime Minister to support the Turn on the Subtitles campaign, a campaign that Julie is championing.

The campaign was brought to Julie’s attention by Bishop’s Stortford resident Henry Warren. Evidence suggests that a child’s literacy skills improve when they watch television with the subtitles on.

When asking her question, Julie said:

“There is a wealth of evidence that default same-language subtitling can have a dramatic effect on children’s literacy, particularly for disadvantaged children, which I know is a great priority for my Right Honourable friend [the Prime Minister] given the potential impact of Covid on the attainment gap.

“Will the Prime Minister support a government consultation to turn on the subtitles, to really explore this potentially transformative opportunity?”

In response, the Prime Minister replied:

“I think her [Julie’s] campaign is excellent, and I can tell her that all the departments that have a stake in this will be working with her to see what we can do to take the matter further.”

“I am more than happy to support the Turn on the Subtitles campaign with Henry and his team.

“Ultimately, this is a campaign that has the potential to be transformative, helping the life chances of thousands of children up and down the country. The Prime Minister agrees that the campaign is an excellent one and, hopefully, this will lead to real change being achieved.”

Henry Warren, one of the founders of the campaign, commented:

“This is a great day for the Turn on the Subtitles campaign. It is fantastic that Julie is leading the parliamentary side of this campaign, putting the issue on the Prime Minister’s radar and helping us to make the policy change a reality.

“A consultation at government-level is the next step of this campaign and will take us a step closer to improving children’s literacy rates.

“The campaign is about helping the life chances of children. This is something that all of us at Turn on the Subtitles are passionate about doing and it’s good to see change in progress.”

Julie has pledged to continue leading the parliamentary side of this campaign after having discussed this at a meeting with Oliver Dowden MP, the Secretary of State for Digital, Culture, Media and Sport, in November.

Julie Marson, MP for Hertford and Stortford, has today secured a commitment from Victoria Atkins MP, the Safeguarding Minister, to visit Future Living in Hertford with her when restrictions are lifted.